I have been privileged to have a wonderful group of collaborators, mentors and graduate students. I have also been fortunate to have substantial support from the US National Science Foundation and the Army Research Office.
We have focused our scientific energies in two primary directions:
I. Theory of materials. Mostly, we work on amorphous materials, for which determining the structure is an immediate challenge. We frequently work with experimentalists, and study some of the most interesting and important materials “from the ground up”. What I mean by this is that we begin by making realistic computer models, using whatever level of theory is required to make an experimentally realistic model. In practice, this requires ab initio methods. The rationale for ab initio modeling is that systems with topological and chemical disorder push conventional potentials far beyond their range of validity, and such potentials exist for very few materials. Much of the work employs a logic most associated with Biology: we wish to explore the connection between form (structure) and function (physical observables). Once the structure is credibly established, we investigate the other physical properties of the system: electronic, vibrational, optical and thermal (in connection with two-level systems in a-Si). We have modeled a diverse range of materials, with many contributions on Si (hydrogenated and elemental, including surfaces), C (phases ranging from Bucky Balls and Schwartzite to dense a-C and surfaces). We carried out a calculation showing the electronic and vibrational evolution of fullerenes to graphene, long before the latter’s discovery, and published a first model of amorphous graphene and revealed its tendency to pucker. Chalogenides have been a major focus: (S, Se, Te) alloyed with Ge, As, Si, Ag, Cu and other atoms, also amorphous III-Nitrides, oxides, among them:  alumina, tantala and silica. We have focused on solid electrolyte materials “fast-ion conductors”, phase-change memory materials,.  This approach has led to a clear picture of the Anderson transition in materials, (including the effect of disorder on phonons), the topological origin of the Urbach tail (a classic problem in amorphous materials), insight into light-induced changes in materials, and a novel understanding of conduction and absorption of radiation in advanced materials. We are also working on the problem of thermal noise for interferometer mirror coating materials for the LIGO project. We have improved understanding of electron-phonon couplings, which are anomalous in amorphous systems. We also contributed work on high pressure phase transformations for disordered systems. Early work was concerned with the consequences of substitutional disorder on spin correlation functions and NMR lineshapes, for dilute spin-1/2 systems and spin relaxation processes for mixtures of ortho and para H2 at high o-H2 and low o-H2 concentrations. We also coauthored a recent Machine Learning simulation of disordered silicon under pressure, which was on the cover of Nature.
II. Development of Methods. We have been involved in devising new methods for accurate and efficient methods to simulate materials, including local basis density functional methods (we were privileged to work with O. F. Sankey,  R. M. Martin and earlier, P. A. Fedders) and quantum order-N methods with physically interesting calculations on large systems. This early work led to linear-scaling computation of Wannier functions by projection, extensions for order-N quantum simulation, fundamental work on the decay of the density matrix, its decay for real materials, and practical methods now in common use. More recently this has resulted in new methods to build computer models of materials which, by construction, agree with experiments while sitting at a minimum of an accurate total energy functional (this is robustly realized in the Force Enhanced Atomic Refinement “FEAR” method) and means to make computer models with a preferred electronic structure or optical gap. This has enabled exploration of new electronically interesting phases of CBRAM materials otherwise inaccessible by conventional MD. These methods are much in development and use and FEAR has proven the scientifically important fact that some low-density phases of amorphous C are three-dimensional forms of amorphous graphene. We are developing a scheme to determine the parts of an exotic material that are associated with charge carrier transport and applying this to novel non-volatile computer memory materials. I have a recurring interest in Maximum Entropy techniques for problems in electronic structure. An early methodological contribution involved easy evaluation of diagrammatic expansions for moments of spin-correlation functions.
Current interests include studies of amorphous solid surfaces, bulk metallic glasses, CBRAM materials and their basic science and work on various related methods. We are collaborating with the group of Prof. Martin Fejer at Stanford on aspects of their LIGO project, and also with Profs. Stephen Elliott, Gábor Csányi and Dr. Volker Deringer at the University of Cambridge on DFT quality machine learning potentials and applications.

Here is a recent video lecture in London,  and two talks from the Petra international Physics School in Jordan.

In the first set of images below, we take a random walk through our research with  images associated with the structure, electronic, transport and vibrational properties of materials. Click on each for details. 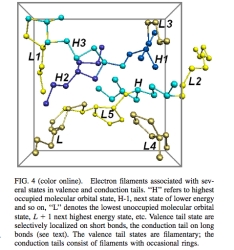 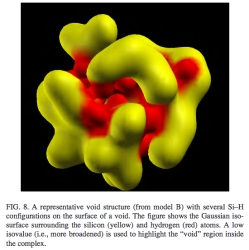 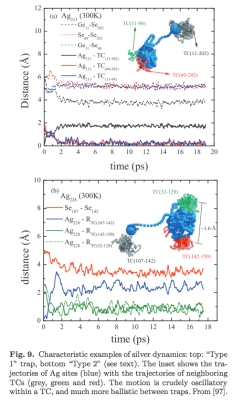 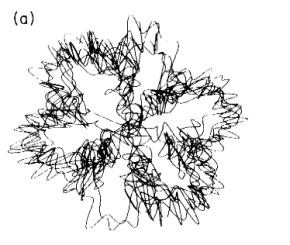 Response to a knock-on event in a chalcogenide silver glass. http://plato.phy.ohio.edu/~drabold/pubs/196.pdf 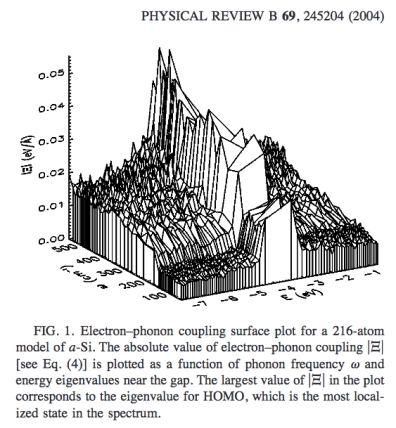 Phase change memory — simulations of crystallization in the presence of silver. http://plato.phy.ohio.edu/~drabold/pubs/187.pdf 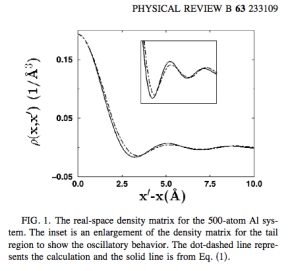 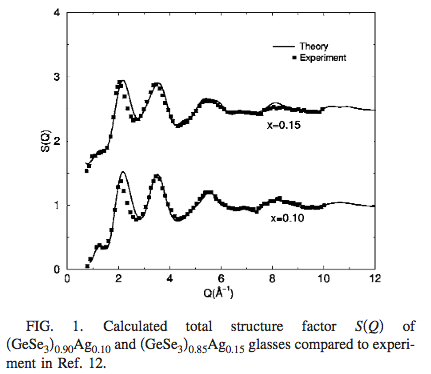 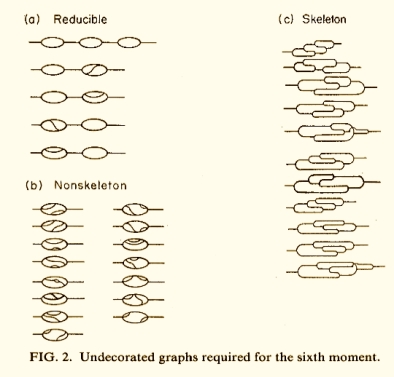 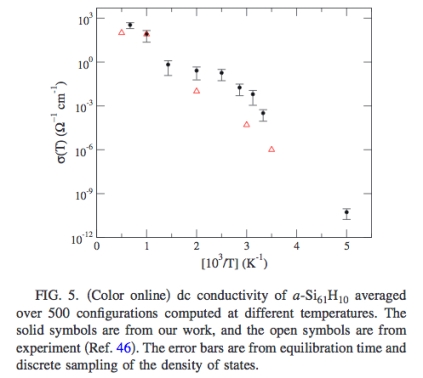 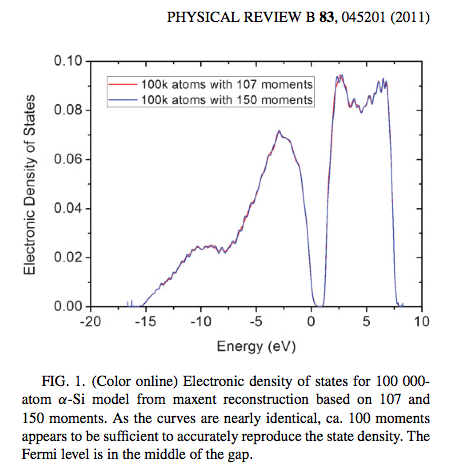 Convergence of electronic density of states from bucky ball to graphene, as size of icosahedral fullerenes increase. http://plato.phy.ohio.edu/~drabold/pubs/30.pdf

Next: two generalized Wannier functions in silicon computed order-N by projection methods (crystal left, amorphous middle). The electron-phonon coupling is amplified for localized electrons — on the right, we see the LUMO level in a-Si with large phonon-driven charge fluctuations. See also here. Somewhat surprisingly, topological disorder in Si does not affect the spatial non-locality of quantum mechanics as measured by the decay of the single-particle density matrix. Also, localized Kohn-Sham eigenvalues and states are strongly modulated by thermal disorder.

Phonons in amorphous silica: note the non-locality and the mixing: E=500/cm. The message here is that local pictures of normal modes in glasses are grossly oversimplified. There is extensive mode mixing and non-locality, the details of which are very energy-dependent.

Finally, our approach to the Bragg problem for amorphous systems: Force Enhanced Atomic Refinement, here  the example of amorphous silicon. The videos show the convergence of the radial distribution function (left) and topology (right) using FEAR (in the latter beige is experimentally realistic coordination). This is a general method that is far more efficient than melt quench methods and properly builds in a priori experimental information in the process of model construction while including ab initio chemical information in an unbiased way. See also this. The method is general and results are published for silver-doped chalcogenides, many forms of carbon, and bulk metallic glasses.